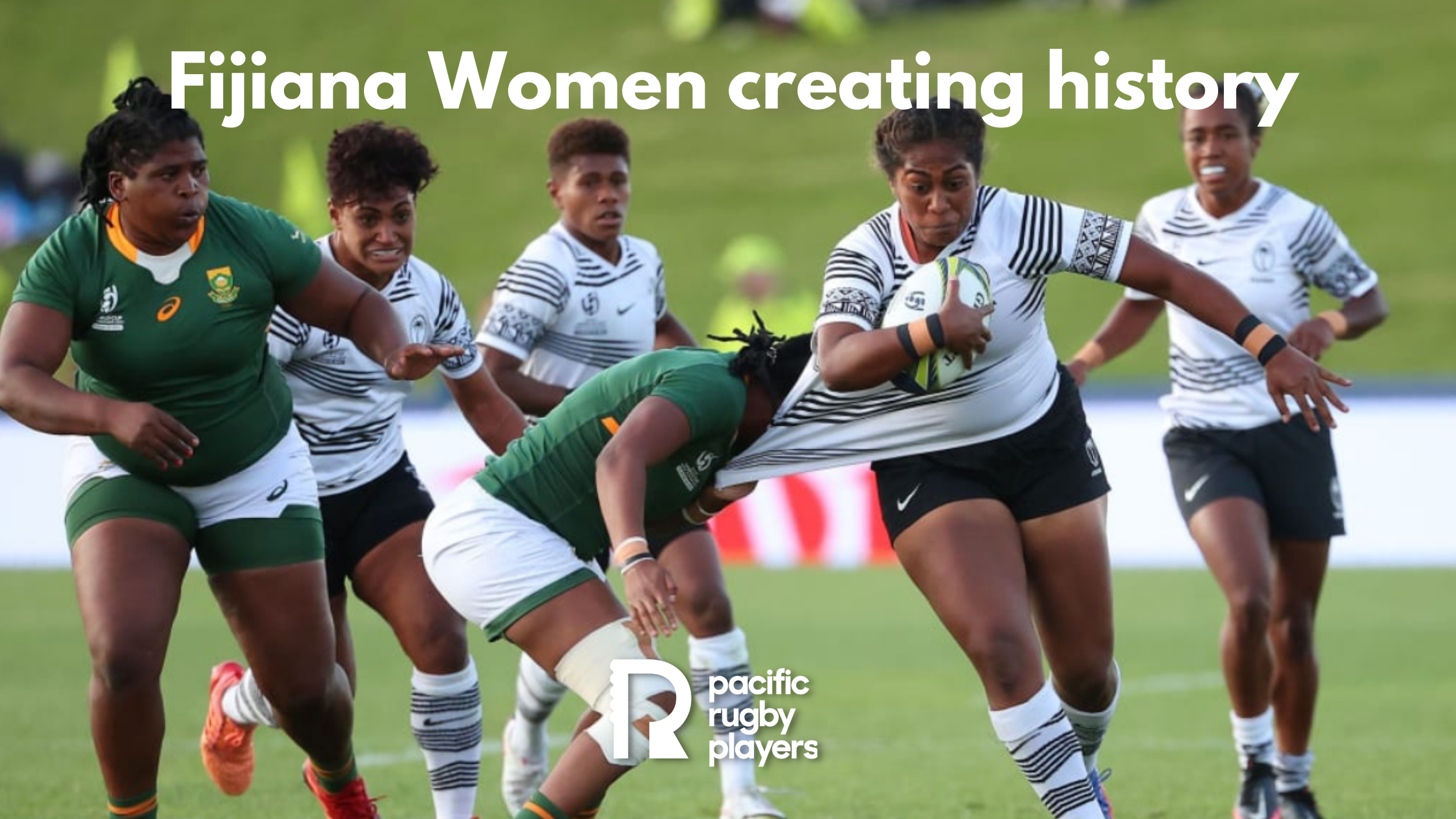 Back in 2006 Fijiana played their first official international test match against Samoa in the one-off Women’s Pacific Tri-nations. They would  then sadly enter a 10 year hiatus where a total of zero games were played by the Fijiana team until the establishment of the Oceania Rugby Women’s championship in 2016. Fast forward to 2022 and they have made history by competing at their first ever Rugby World cup.

Women’s Rugby for a long-time was very much considered as an after-thought in many countries, Fiji being one of them. This issue was of course not singular to Fiji but instead a collective mindset throughout World Rugby. Through various initiatives and general mental shift in gender equality practices, participation and opportunities began to arise through avenues like the Fiji Rugby union, Oceania Rugby and world rugby. Tireless work by administrators and grassroots supporters cemented a pathway for these women to burst onto a scene that for decades had neglected them.

Fijiana trialed for the 2017 Rugby world cup and were off to a great start by defeating Papua New Guinea 37-10, however they went on to lose against Japan which eliminated them from having the opportunity to compete at the 2017 Rugby World cup. The next four years were filled with an immense amount of adversity, obstacles and hardship as Fijiana attempted to qualify for the 2021 Rugby World cup hosted in New Zealand.

Covid-19 forced the tournament to be postponed to 2022 which caused massive issues for Fijiana who through some excellent performances in the Oceania Rugby Women’s championship were able to qualify for the now 2022 Women’s Rugby World cup. Covid-19 meant that Fijiana once again had to deal with a 2 year hiatus from Rugby, For example Fijiana played their final game in 2019 and didn’t play again until as recently as May 2022 which meant they missed out on 2 years of opportunity to further develop as a team.

Fijiana did not let their misfortune define them and went into the 2022 Rugby World cup with a “Nothing to lose” attitude which captivated fans across the world. Captain Sereima Leweniqila said that her team “Had nothing to lose, but everything to gain” heading into their opening game against England.

Fijiana showed some bright spots throughout the game against a tough England side but eventually couldn’t handle the talented side succumbing to a 84-19 defeat. However Alowesi Nakoci’s name will certainly go into the history books, as the first women’s player to score a try for Fijiana.

Fijiana’s 2nd game was considered the match of the tournament as No 8 Karalaini Naisewa was able to beat 3 defenders to score the game winning try in the final seconds to lead Fijiana over South Africa 21-17 once again making history, as this Fijiana team often does, by gaining their first win at a Rugby World cup.

Fijiana went on to play France in their final game and suffered a tough 44-0 defeat eliminating their chances of a playoff berth. Although it was a tough defeat indeed the Fijiana team knew they were able to hold their heads high as they made history by competing at their first ever Rugby World cup.

What an amazing journey it has been for Team Fijiana, and it is only the beginning.