Tonga, Fiji and Samoa round up their international play for 2022

Previous Next
Tonga, Fiji and Samoa round up their international play for 2022 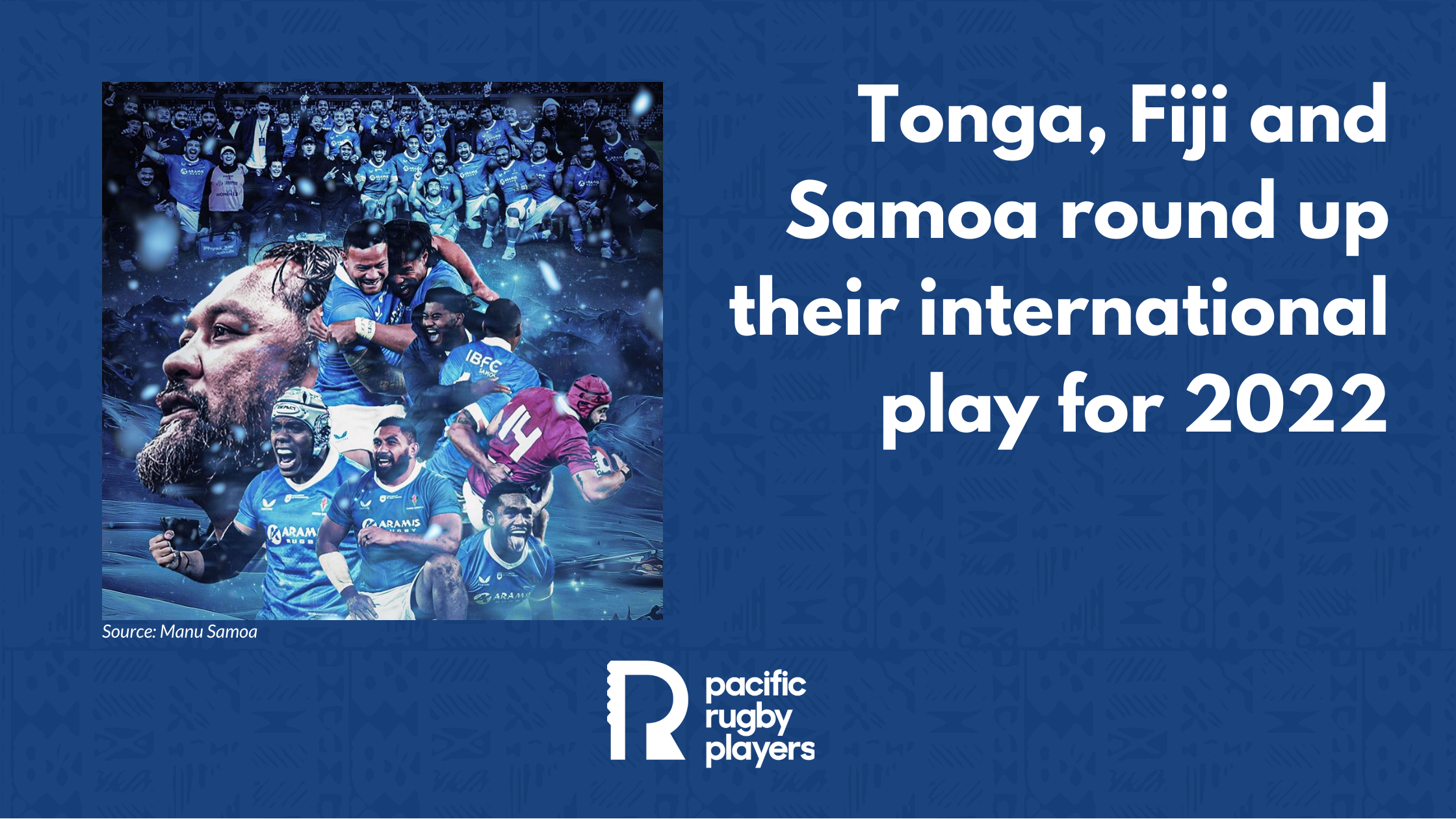 Tonga finished their 2022 campaign winning four games in a row in the Autumn series ending it with a defiant win over Uruguay with a score of 43-19. Tonga’s head coach Toutai Kefu however believed that it was their toughest game of the Series.

“The toughest game for us I feel was the Uruguayan game. I don’t think we played to our best but got a very good result in the end. The new players have adapted really well and enjoyed the environment and can’t wait until we reunite again.”

Kefu believes that the tour was a great opportunity to further build the confidence of his team.

“The Tour was great. Our Main aim for the campaign was to build confidence and build momentum going into the Rugby World Cup. In order for us to do this I feel we needed to achieve the right results.”

Kefu further stated that he’s looking forward to the chance of continuing to build the team’s continuity heading into 2023.

“I look forward to getting the full squad together and being able to train and play more as a team. The more time we spend together the better we’ll get.”

Tonga has their work cut out for them in an extremely stacked pool at the Rugby World Cup with their first game being against Ireland, the current Number 1 ranked team in World rugby. Although Tonga are not without their own firepower with a mix of world class veterans like Malakai Feketoa, Ben Tameifunia and young up and coming talents like 21 year old Manu Paea, Kefu is priming his team to achieve special things next year at the Rugby World cup.

“Next year will be a big year for us and I’m positive we can do some special things. I’m hoping we’ll see the best Ikale Tahi team ever in the Red & White and represent our humble little nation with pride and honour.”

Fiji began their Autumn series with two very admirable performances against Scotland and Ireland which once again highlighted their immense attacking ability. Ireland who are currently ranked as the Number 1 team in the world struggled at times to contain the Flying fijians who were playing with 14 men for a vast majority of the game.

The Flying Fijians were able to end their 2022 campaign on a high note with a decisive 46-14 win over the French Barbarians side. The Vern Cotter coached team was able to run in 7 tries led by superb performances from Jiuta Wainiqolo and Vinaya Habosi who both scored a double.

Veteran Api Ratuniyarawa who has already competed in two Rugby world cups for Fiji believes his side is determined to improve. 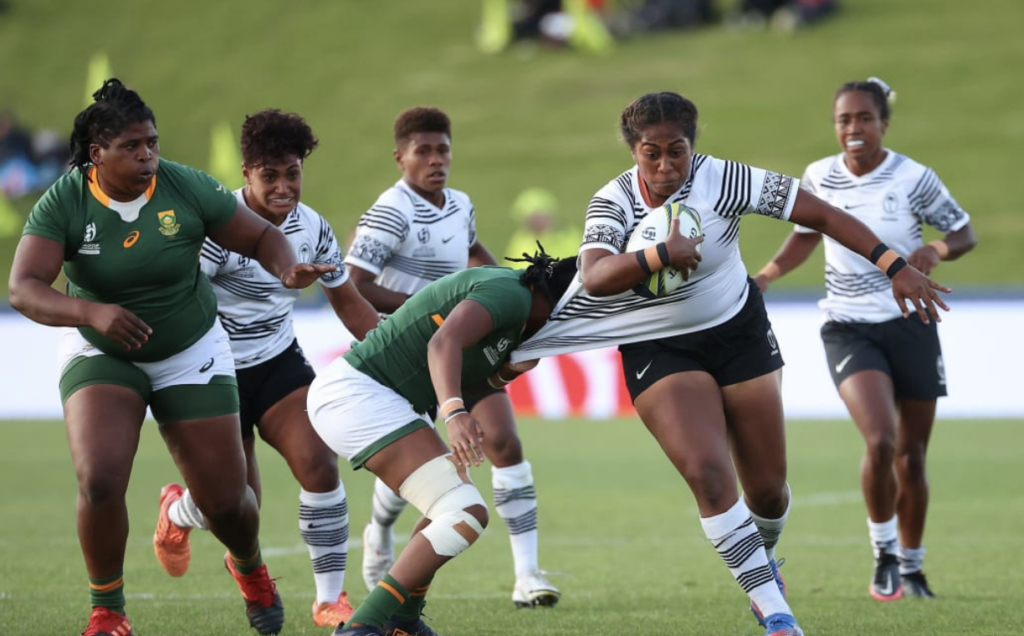 “For us as a team, there are lots of positives for us; the main aim for us is to build towards the World Cup. We are fortunate that we had some good opportunities in this Autumn Nations Series to play against two of the best teams in Europe, Scotland and Ireland.”

“There is potential in this squad, we have so many good individuals but coming together as a team will be important for us to have a good tournament next year.”

The Flying Fijians will battle against the likes of Australia, Wales and Georgia in the pool matches with Wales being their first game of the tournament. Api however believes it is important to focus on the handful of games that they now have before the Rugby world cup commences.

“We have a few matches before we go to France, they are very important for us to build towards that tournament in terms of combinations on the field and team culture off of it.”

Api stated that creation of a strong team connection and culture is at the forefront of the Flying Fijians mindset heading into 2023.

“We need to build a proper environment as the senior guys in the team, inside and outside of the camp, and the coaches can then concentrate on the rugby. I believe that is really important, it helps us when we get into games because we have formed a strong bond and connection in order for us to give our best for our country.”

Samoa began their Autumn series with a tough defeat at the hands of Italy, going down 49-17. Manu Samoa’s coach Seilala Mapusua reflected on the game stating that his side struggled with handling the pressure of the occasion.

“Our toughest game was against a very strong Italy team. They played extremely well and we didn’t handle the pressure too well. As it was our first game together as a squad with many changes in players, we didn’t gel as well until towards the end of the game. Took some good learnings in terms of where the players need to be to compete at international matches.”

Manu Samoa were able to bounce back with a hard fought 20-19 win over a very talented Georgia side who went on to beat Wales the following weekend proving just how strong of a side they are. Samoa were then able to defeat a classy Romania side 22-0 which concluded their 2022 campaign with a total of 5 wins and 1 loss. Mapusua was extremely proud of how his side was able to handle the constant adversity and challenges that they faced. 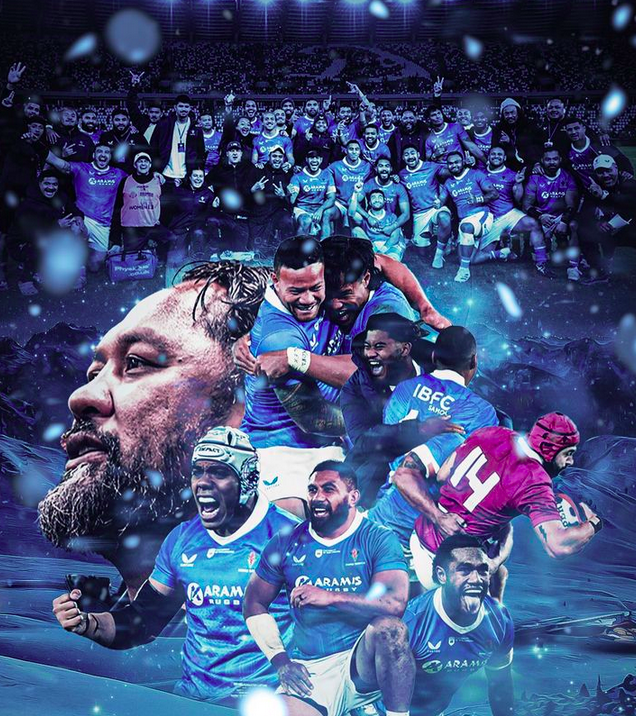 “Overall I was happy with the results and answered some questions in terms of the potential makeup of our Rugby World cup squad. We overcame a lot with travel and to see how the whole squad responded to the challenges was very pleasing. We played some great rugby and also absorbed a lot of pressure and found our identity as a team.”

Samoa play Chile in their opening match of the 2023 Rugby World cup held in France. Manu Samoa will go up against Japan, England and Argentina in the pool matches but Mapusua is confident in the potential of his squad.

“I am really looking forward to the potential of where this team can get to. We have a lot of work to do and it’s exciting seeing the quality of players that are in the mix and we will only get stronger. Players who missed out on selection now have more motivation as do the ones that were involved so we have a fair idea of what our RWC squad will look like and I also have a lot of selection headaches – which is a very good problem to have.”

Overall Mapusua deemed the 2022 campaign as a success to build on.

“I am very happy with the year we have had. With only 6 games this year, we managed to have a look at a lot of players and only lost 1 test which is very pleasing. I was also able to grow our depth in our talent pool as well which will only be a good thing going into a big 2023.”