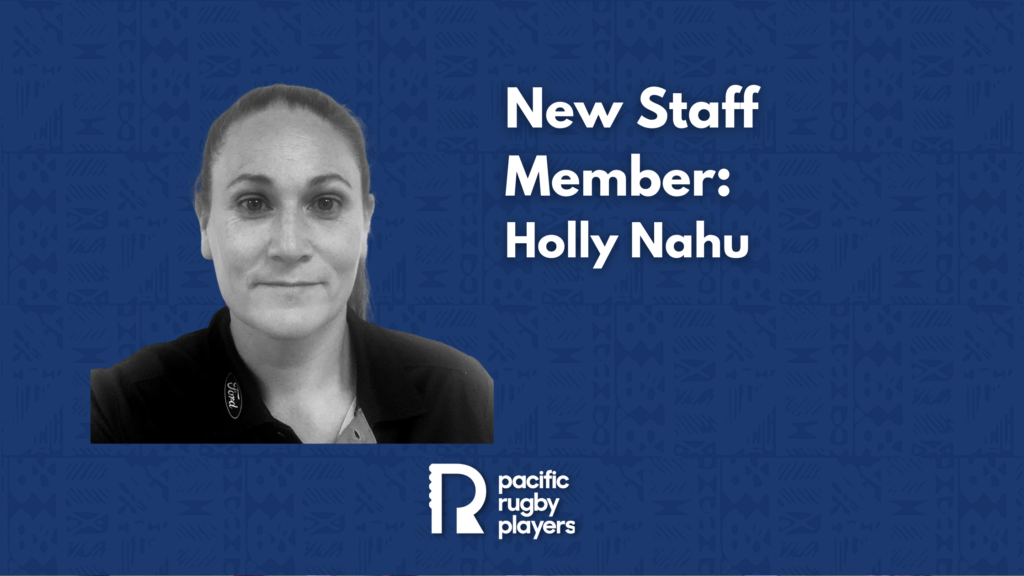 Holly Nahu is a newly appointed staff member for Moana Pasifika who will be competing in their 2nd season of the upcoming Super Rugby pacific competition. Holly, who is a Social Worker by profession having over 20 years worth of experience in that field is excited for her new role within Moana Pasifika.

“Being part of a team where we can all be who we are authentically, bringing what makes us, to the collective! But also connecting with the boys and being the support pillar for them whatever that means for them so they can be their best both on and off the field”.

Holly believes that she has stumbled upon a once in a lifetime opportunity. “It’s a new role within Moana Pasifika so to develop the role with the team is really exciting, this really is my dream role”.

Moana Pasifika prides itself on having a strong dedication towards the creation of a tight team culture, which often blurs the lines between a team and a family. Holly has indicated that she noticed this immediately.

“Family is everything to me and although my parents and little brother are in England, we keep in regular contact. Moana Pasifika really is a family and relationships are key to strength as a collective, something I have already seen is so strong here at MP, it’s an exciting time to be joining the family”.

Throughout her vast experiences in the child protection sector Holly gained numerous skills and expertise that she believes will allow her to excel in this role, one of those is her ability to really connect with different people on a personal level.

“Having worked 20 years in the child protection field, central to this work is being able to connect with people first, making genuine connection in some difficult circumstances and that’s something I am bringing to this role, taking the time to get to know everyone and for them to get to know me; being rugby players is only a part of who they are and they have plenty of people supporting that side I am looking forward to getting to know what else makes them feel fulfilled and happy”.

Holly has a keen interest in Rugby but has a strong interest in the game of Netball which she often plays and coaches, being involved with netball ‘fills Holly’s cup’ so to speak. Holly also gave us a peek at her personal life outside of work.

“Outside of mahi I have been married to my husband Caine for 16 years, we have a rescue dog Lilica who really is our baby, and we also regularly look after a 3-year-old boy who up until recently we were foster carers for”.

Holly’s work ethic, passion and intangibles make her a perfect fit to the Moana Pasifika culture and we at Pacific Rugby players are extremely excited to see the impact that Holly has within this space.